As a courtesy to my anglophone readers, a translation of today's blogpost :-)

North America, where the 24-hour economy rules!
The two biggest supermarkets here in Moncton are now open day and night. You fancy some anchovies around 3.30 am? Or how about a berry flavoured waffle in the middle of the night? Hey, no problem!
By the way, it`s not that we were starving once the sun settled, before this glorious announcement. McDonalds, Burger King and Domino Pizza are considered pioneers in keeping their restaurants open around the clock. Mountain Road even boosts a Tim Hortons that serves coffee and donuts 24 hours a day and Shoppers Drugmarket glowed with pride earlier when they announced some of their shops would stay open until midnight. But now, supermarket giants Atlantic Superstore and Sobeys are going after the nocturnal customer as well. At first, you think: “Wow, that’s great and just what I need!” On second thoughts however, I really wonder how many people actually shop in the middle of the night. I seriously consider setting my alarm clock to 3 am and drive up to Sobeys to do our weekly grocery run in the darkest of the night. Just to see what it`s like there at that time of the night. Myriam thinks I`m crazy. And really, can you blame her?

I am Mrs Scatterbrain, and so I always forget where I put my shopping list. So I love the extended opening hours or the 24/7! Also, I love shopping at 9 or 11pm: no yelling kids, no carts in your way, and a parking lot right at the entrance door. ;-)

Anyone else wants a FREE BURGER KING GIFTCARD? 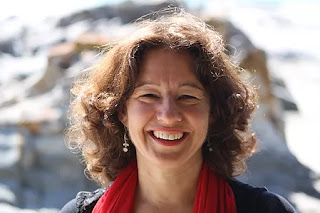